Danny has been a favorite at Sacred Grounds since his first appearance with Trilogy – he has had music ministry experience in the local church areas of choir, soloist, and praise and worship leader. He was in a solo ministry before forming Trilogy, a contemporary Christian vocal trio, and is now returning to solo ministry. His talent as a songwriter won him a finalist position in the nation Kentucky Fried Chicken Songwriting Contest in 1983. God began giving Danny lyrics for Christian songs in 1999. Five of those songs are on the Trilogy CD “Hungry World” and another all original music project, “I Surrender”, was released in September 2005. Danny desires his gifts to be used to bless the body of Christ and reach the lost. Danny’s first set is primarily oldies such as My Girl, Only You, Lady and a bunch of other favorites. The 2nd set is primarily Contemporary Christian, both from his previous CDs and other cover songs. His oldies sound as good if not better that the original artists so come out for this great concert. 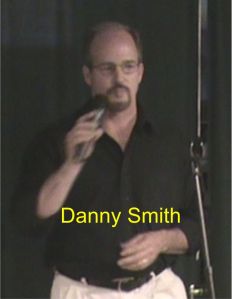